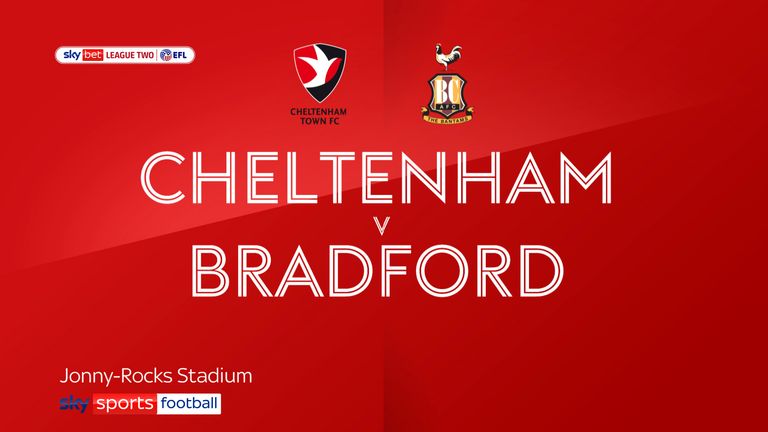 Bradford City have appointed Mark Trueman and Conor Sellars as joint managers on a permanent basis.

The pair, who took temporary charge of the Sky Bet League Two side in December, have agreed deals which will keep them at the club until the end of the 2021/22 campaign.

Trueman and Sellars, who began coaching the U18s at the beginning of the 2018/19 season, were made joint-interim managers on December 28, having initially taken the reins as caretaker manager and assistant on December 13.

Since then the Bantams have picked up 24 points from 11 matches, winning seven, drawing three and losing only once.

The most recent victory was a 2-0 win at Cheltenham Town on Saturday with on-loan striker Andy Cook scoring in each half.

“Myself and Conor are obviously delighted, first and foremost, to have been given this opportunity,” said Trueman.

“The players have taken to us really well. We have been pleased by how everyone is gelling and are looking forward to keeping that going.

“We are desperate to be successful and, now we have been given the chance to manage this club on a permanent basis, will do everything in our power to ensure that is the case.

Sellars added: “Me and Mark have worked incredibly hard so far and have been given a brilliant opportunity by the club, which we are very excited about.

“When we first came in, we were confident in our ability to express our coaching methods. Thankfully, the job we have done so far has been deemed good enough to warrant the permanent appointment.

Bradford CEO Ryan Sparks said: “I am absolutely delighted for Mark and Conor. Their promotion is thoroughly deserved.

“Life is about opportunities, and I think it goes without saying that Mark and Conor took theirs with both hands. They have worked extremely hard over the past couple of months and placed themselves in pole position for the job.

“We are fully confident they can continue to take us forward on the field, and they are living and breathing the culture we are working to create. They understand that mediocrity is something we will never again accept, and that every day we simply strive to move forward and achieve our goals.”

'Canelo has ended debate about world No 1'