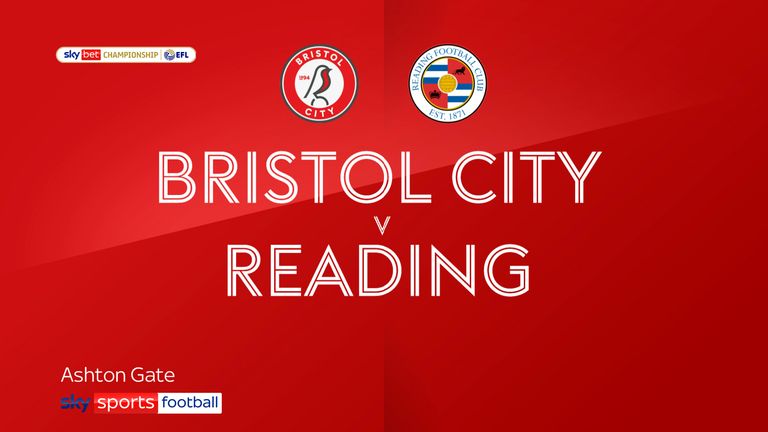 Lucas Joao’s 17th Championship goal of the season sent Reading up to fifth in the table with a 2-0 win at Bristol City, who sacked Dean Holden shortly after full-time.

Portuguese striker Joao reached 20 goals for the campaign in all competitions before defender Michael Morrison quickly wrapped up the Royals’ win on the road – both goals coming in the closing stages of the first half.

A club statement read: “Dean Holden has been relieved of his duties with immediate effect. Following a sixth successive defeat, the Bristol City Board have decided that a change of Head Coach is necessary.

“The club would like to thank Dean for his service to the club over the years and we wish him well for the future. There will be no further comment at this stage.”

Ashley Fletcher converted a penalty and teed up a fine goal for Duncan Watmore as Middlesbrough edged out Huddersfield 2-1 at the Riverside Stadium.

Isaac Mbenza’s second goal in as many games had visitors Huddersfield ahead early on, before Watmore levelled the scores.

Fletcher’s first league goal of the season from the spot sealed the win for Neil Warnock’s men, who had Paddy McNair sent off 10 minutes from time.

Wanderers striker Uche Ikpeazu scored for both teams, heading into his own goal before equalising from a penalty, but in the fourth minute of stoppage time Martyn Waghorn curled a Derby free-kick against the post and Wisdom tucked away the rebound.

Joao Pedro’s first goal in seven matches proved enough for Watford to see off Preston 1-0 on the road.

Liverpool loanee Harry Wilson’s first league goal in 10 games set the Bluebirds on their way before Will Vaulks got on the scoresheet too.