Davis to have MRI scan after Achilles injury 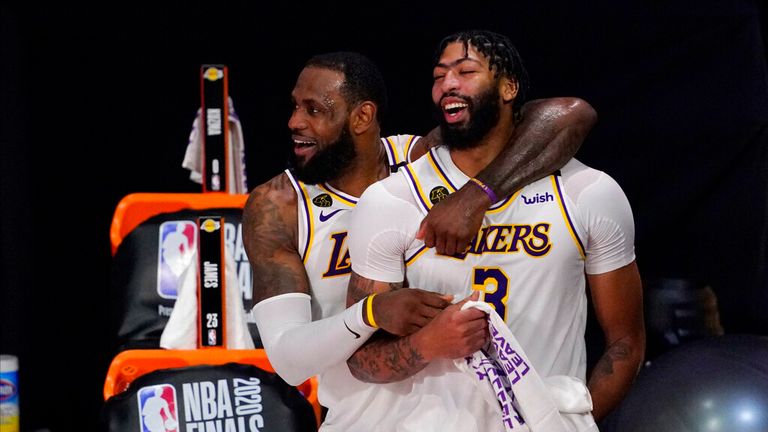 Anthony Davis re-aggravated his right Achilles tendinosis during the Los Angeles Lakers’ 122-105 defeat to the Denver Nuggets on Sunday night after colliding with Nikola Jokic.

Davis was forced to leave the game late in the second quarter after he drove at the Nuggets’ center and Jokic’s right knee made contact with his right quad. When Davis gathered his dribble and planted his foot after the foul it was clear he was in some discomfort, grabbing his leg below the calf after the whistle had gone.

Davis only left the floor after sinking the two free throws, but was seen limping to the locker room with the support of one of the Lakers’ assistant trainers.

After the game, Davis’ teammate LeBron James reiterated that his health comes first and that the team would not be pressuring him to come back before he is 100 per cent ready.

Davis had already missed two games with the injury earlier in the week and was even listed as questionable to start on Sunday night.

“For me, all I care about is his health. I want him to be healthy,” James said.

“Our team needs him to be healthy as he has to make sure he takes all the precautionary reason and everything and do his due diligence on what’s going on with his injury and be right when he comes back. No rush. No timetable.

“We have no idea from that aspect. We just want him to be healthy and get back to full-strength.

“It’s always next man up, no matter who is out. We’re not asking anybody to pick up what A.D. does. It’s impossible. He’s a special player and a special talent for a reason. Everyone, individually, has to pick up their play for the collective of the team in A.D.’s absence.”

Davis will now undergo an MRI scan to determine the severity of the injury, but the player himself remained cautiously optimistic after the game, telling reporters: “Obviously, the doctors don’t want to rule out anything and then it’s something, or say it’s something, then it’s not. But they say everything looks good, but you still want the MRI just to make sure.

“I think [Sunday] was the first day where it felt completely fine,” Davis added. “Didn’t feel it at all this morning, afternoon, pregame, anything.

“Because it is an Achilles and you definitely want to make sure it doesn’t lead to anything worse. But I do put a lot of pressure on myself to go out there and play. If I feel I can go out there and play, I will. Just for the simple fact that I want to be able to help my team.”

McIlroy and Thomas chase an ace!