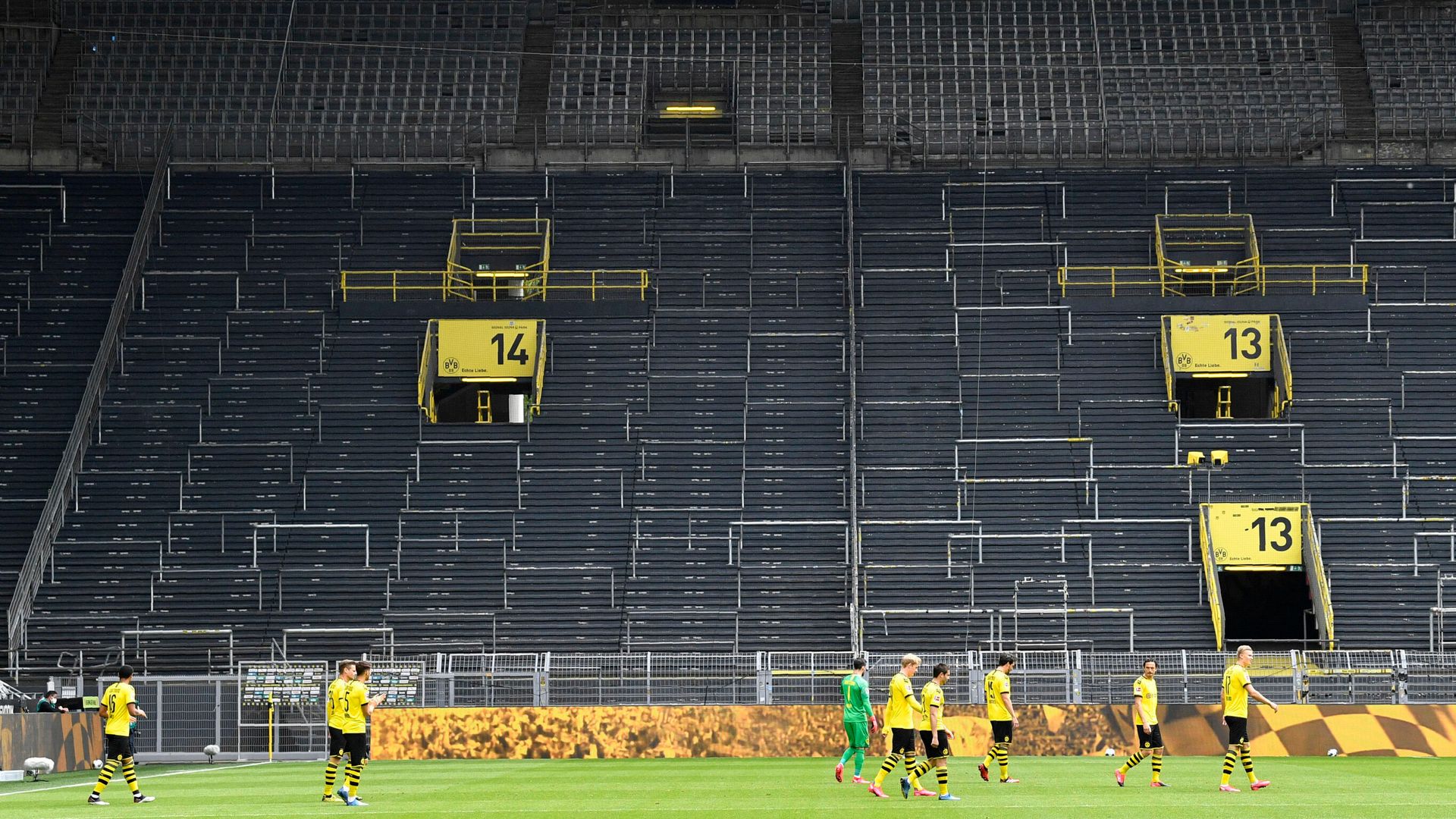 Borussia Dortmund have apologised and said the club will speak to the police after a number of their supporters broke coronavirus regulations by gathering outside their training ground following the club’s 4-0 win over arch-rivals Schalke on Saturday.

Two goals from Erling Haaland, and one each from Jadon Sancho and Raphael Guerreiro sealed the win at the Veltins Arena and moved Dortmund up to sixth in the Bundesliga.

An estimated 200 supporters, some of whom had lit flares, flouted Germany’s strict social distancing rules and were waiting for Dortmund’s team bus to return to their Brackel training centre.

Midfielder Mahmoud Dahoud shared a live video of the scenes on his Instagram account, with players celebrating from the bus.

“With all the understandable joy of winning the derby, there were public violations of the coronavirus rules during the team’s return to the training ground last night, which will not be tolerated,” a club statement, which was released on Sunday, read.

“Around 150-200 fans cheered the team outside the training ground, some of whom were not wearing masks and observing social distancing guidelines. Players celebrated with the fans – without leaving the bus – and in the exuberance some even filmed it.

“We can only apologise and promise to talk to the police and all those involved very soon about how such scenes can be completely ruled out in public in future.”

Abortion Is Now Legal in Argentina, but Opponents Are Making It Hard to Get