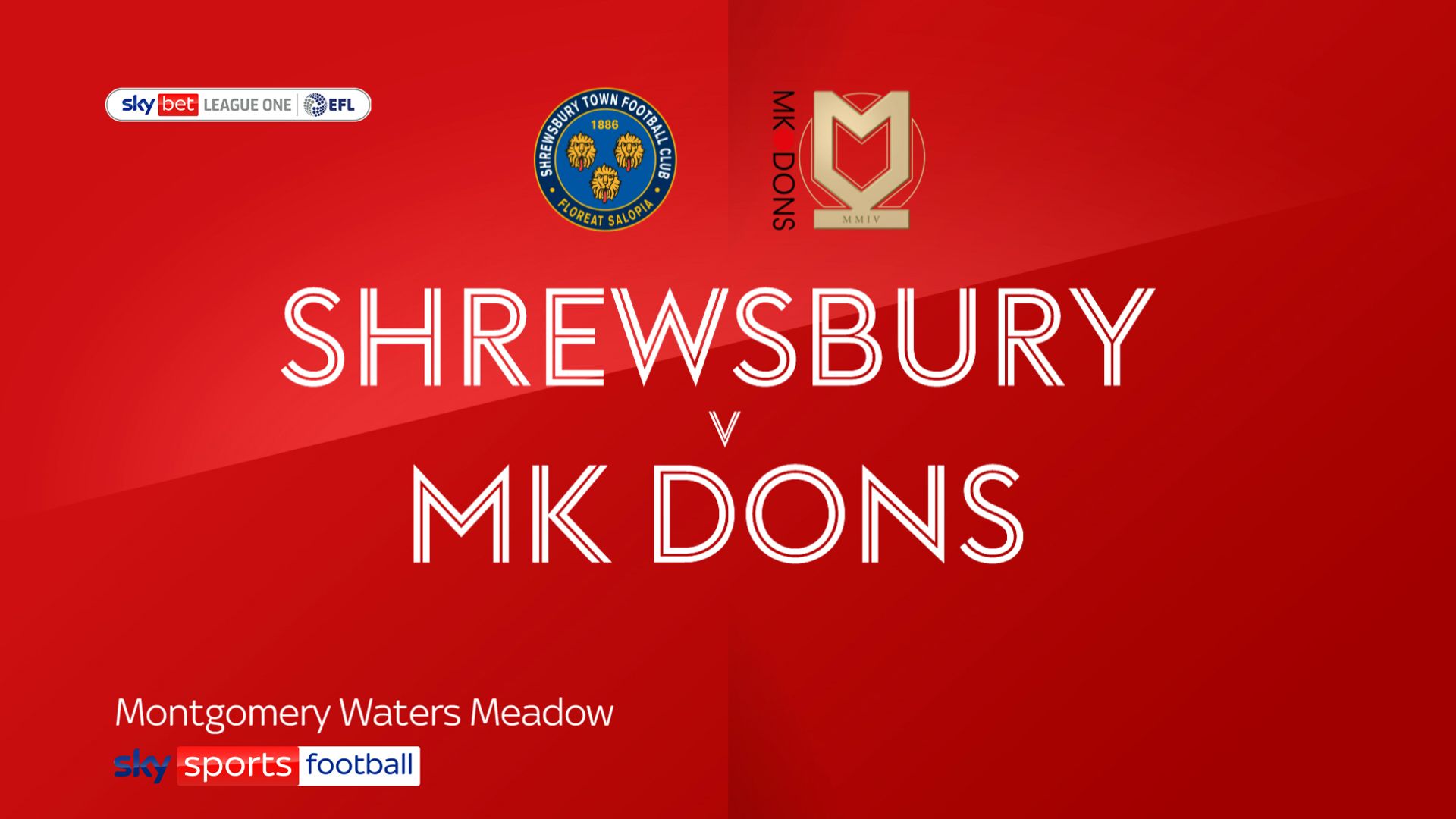 An early goal-fest set Shrewsbury on their way to a convincing 4-2 home win over in-form MK Dons.

The hosts raced into a two-goal lead inside eight minutes, as Sean Goss’ calm finish was followed by the first of two spot-kicks for the Shrews.

Captain Ollie Norburn stroked home his penalty after Harry Chapman was upended by Ben Gladwin eight minutes into the game.

Curtis Main stepped up to tuck away his first goal in Shrewsbury colours, before Will Grigg pulled one back moments later to round off a scintillating opening 25 minutes.

Twelve minutes into the second half and the contest was all but over as Goss smashed home his second of the evening.

Substitute Charlie Brown tapped in a late consolation for the visitors, with the result ending their three-game winning run.

California has passed the 50,000-death mark, the most of any state.