Grimsby win to move off bottom of League Two 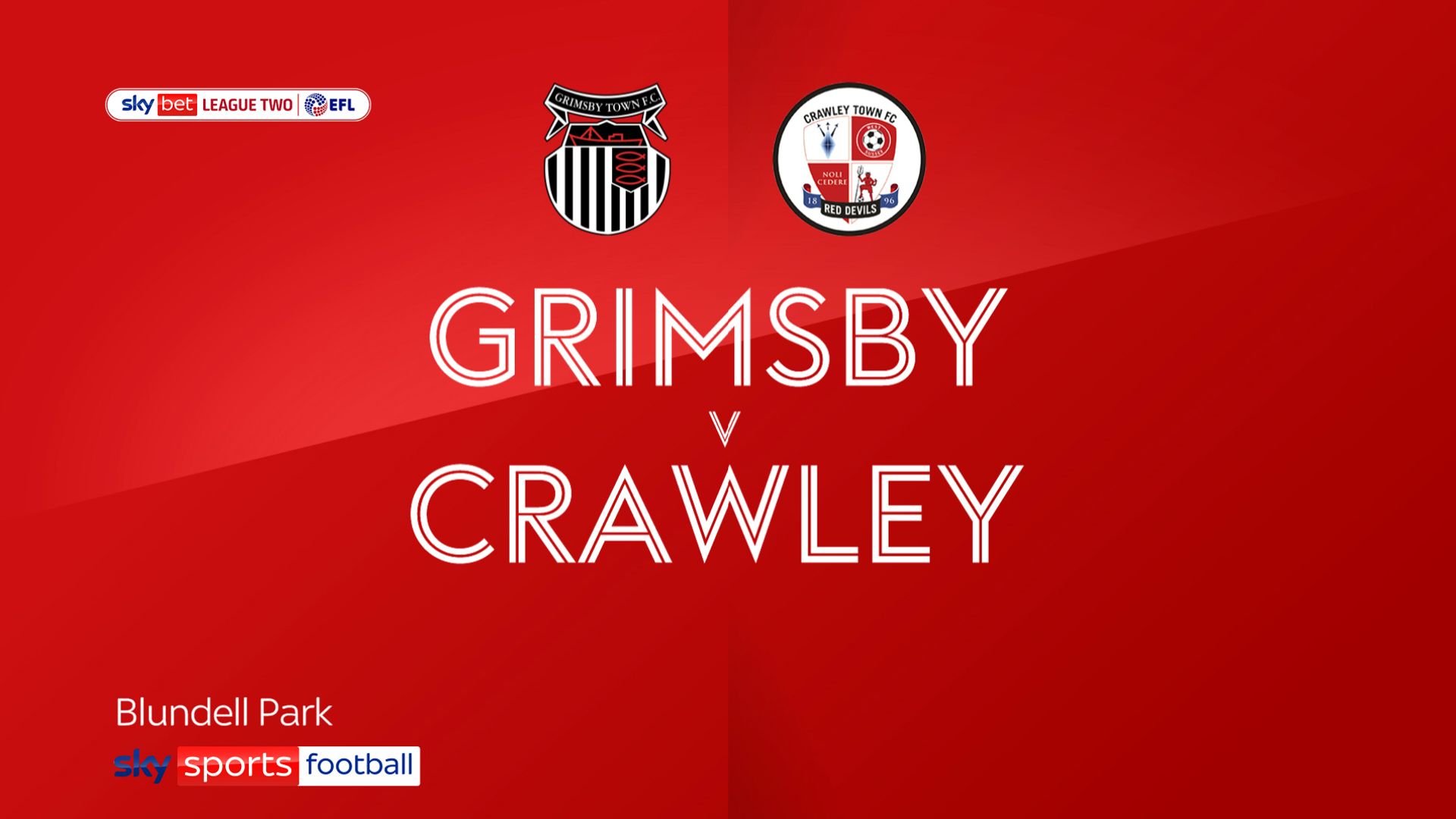 Grimsby moved off the foot of the Football League and boosted their survival hopes with a crucial 2-1 League Two victory over Crawley at Blundell Park.

Joe Adams bundled home the winner 10 minutes from time after Filipe Morais and Jack Powell traded blows in the first half.

Grimsby defender Joe Bunney was sent off for two bookable offences at the death.

Crawley passed up an early chance when Ashley Nadesan beat the offside trap, only for Jake Eastwood to anticipate his chipped effort and gather comfortably.

It proved to be a telling mistake, too, as the Mariners eased their way into the game and took the lead after 21 minutes when Morais set his sights on goal from 20 yards.

However, the Reds did not have to wait long to forge a response, with Powell hitting a curling free-kick over the wall and beyond Eastwood on the half-hour mark.

Chances proved to be at a premium upon the restart, but Grimsby clinched all three points during the closing stages when Adams turned the ball home from close range before Bunney got his marching orders in added time.