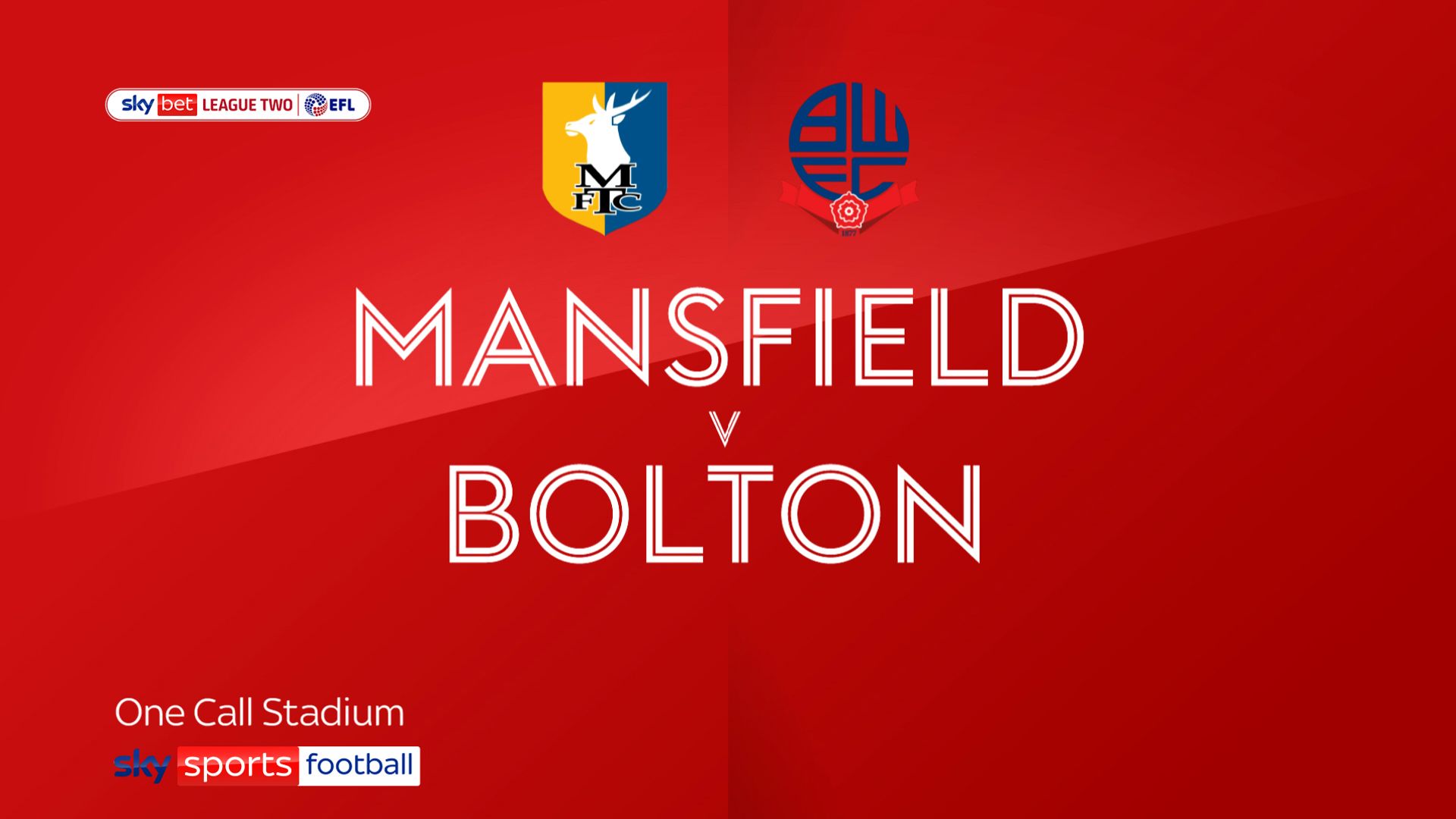 Bolton scored three goals in the final 11 minutes to come back from 2-0 down and pull off an unlikely 3-2 win at in-form Mansfield.

The Stags, who were unbeaten in eight games, were 2-0 up thanks to goals from Ollie Clarke and Jamie Reid.

But Wanderers fought back as Declan John’s effort and Mal Benning’s own goal levelled the scores before substitute Arthur Gnahoua struck an 89th-minute winner.

In an exciting first half, Dapo Afolayan struck the home post with a low 20-yard shot on the half-hour.

But in the 65th minute keeper Matt Gilks was caught out by the sheer power of Clarke’s 25-yard blast from Jordan Bowery’s pass as the ball flew through his hands.

The hosts doubled that lead after 72 minutes as Stephen Quinn opened up Bolton down the middle and Reid crashed home a low finish.

Bolton rallied and Kieran Lee turned a low Nathan Delfouneso cross against the near post in the 77th minute.

Two minutes later the Trotters had a lifeline from nowhere as John’s long cross from the left sailed straight in under the far angle.

Then after 85 minutes John’s firm low cross from the left by-line deflected in off home substitute Benning’s leg amid a crowd of players.

The game was turned on its head a minute from time as Gnahoua smashed an unstoppable finish across Aiden Stone from the edge of the box to snatch victory.