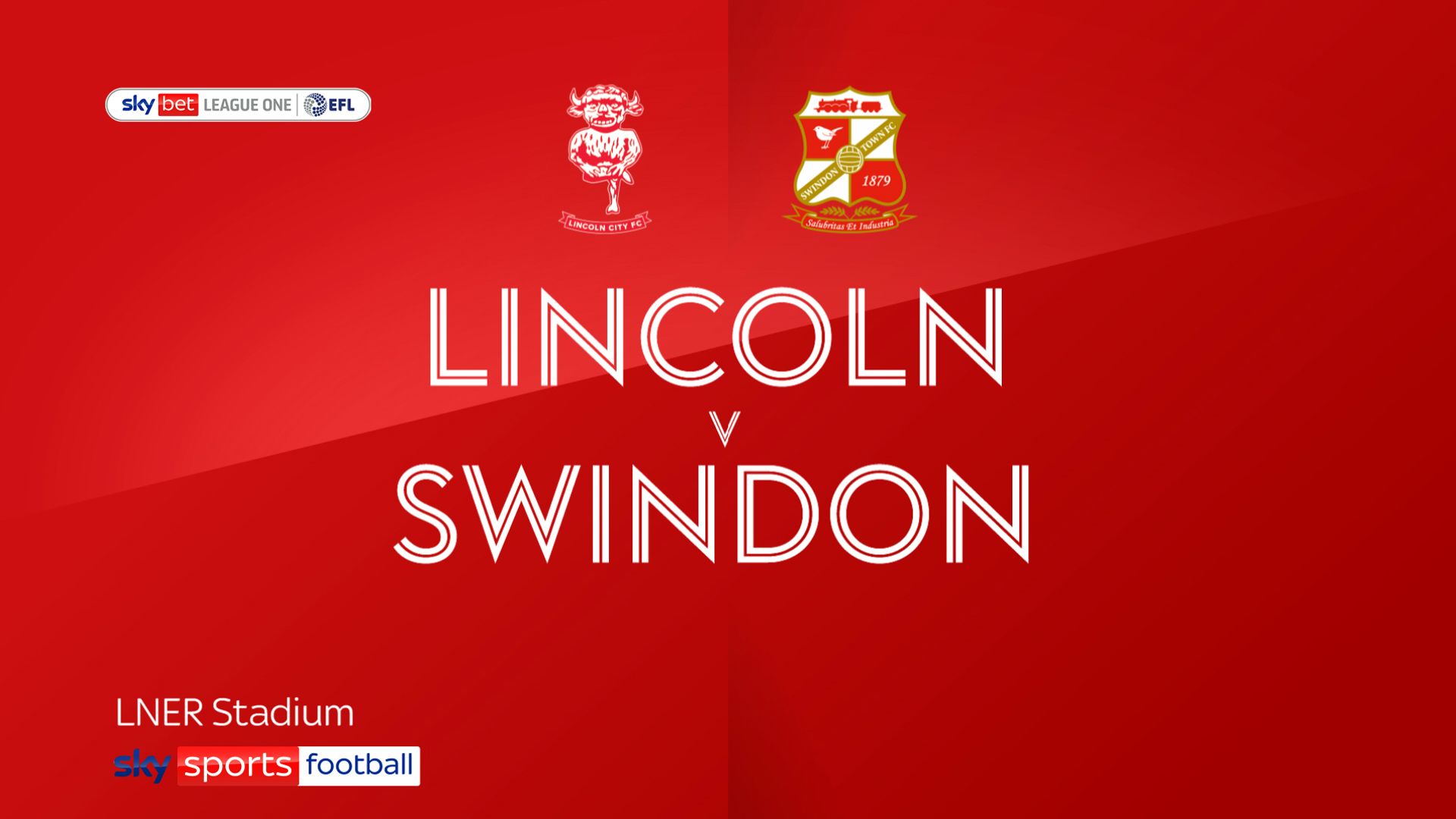 Lincoln dropped two valuable home points in their Sky Bet League One title bid after only drawing 2-2 with relegation-threatened Swindon.

It needed Morgan Rogers’ superb second-half strike to rescue the Imps a point after goals from Jordan Garrick and Brett Pitman, either side of Jorge Grant’s penalty, had given the Robins a half-time lead.

Swindon’s first attack produced a goal after 80 seconds. Dominic Thompson burst down the left flank, just keeping the ball in to deliver a cross that Scott Twine left for Garrick to slam first time past Alex Palmer.

Lincoln were awarded a 26th-minute penalty after Swindon skipper Dion Conroy felled Brennan Johnson in the area. Up stepped Grant to fire home the spot-kick to restore parity.

Pitman dinked a shot over Palmer that bounced against the bar, but after Rogers brought a diving save out of Jojo Wollacott, Pitman restored Swindon’s lead.

Cohen Bramall raced back to thwart a Robins attack, but after passing back to Palmer, the City stopper dithered on the ball allowing Pitman to nick it off his toe to squeeze home a shot that went in off the far post.

Pitman chanced his arm from fully 40 yards straight after the kick-off, with Palmer fumbling his shot behind.

Just before the hour mark, a piece of Rogers magic brought City level, the loanee racing into space before crashing home a low 25-yard shot that fizzed past Wollacott and into the net.

Palmer regained some kudos by diving to his left keep out Twine’s free-kick as the visitors threatened to nick a winner.