MacIver ready for fight to be Riise's No 1 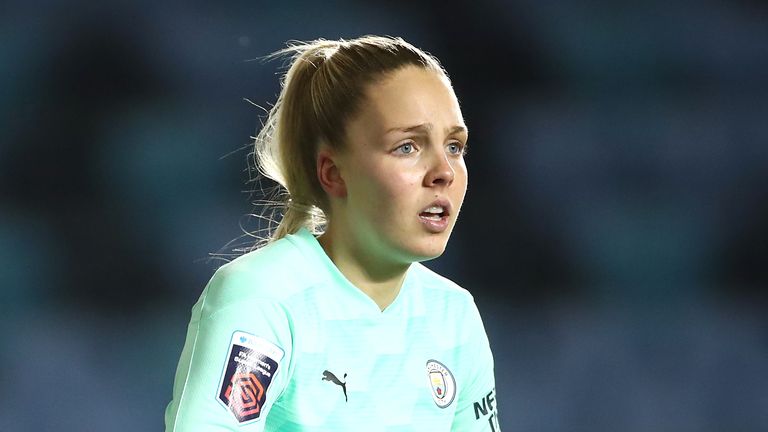 MacIver, 22, will compete with Manchester City’s Ellie Roebuck and Birmingham City’s Hannah Hampton to become England No 1 ahead of the European Championships next year.

But MacIver says that, despite the fierce competitions for a start in goal, they all have a great relationship with each other off the pitch.

“It shows just how strong the group is, especially for how young we are. I’m the oldest at 22,” MacIver said.

“The competition amongst Ellie, Hannah and myself is really strong so I think it’s going to be a really good camp to be a part of. I’ve worked with Ellie for a number of years in youth age groups and I’m just starting to work with Hannah.

“The fact that we all get on so well off the pitch really helps the training sessions and how we work on the pitch. There’s no animosity or anything on the pitch. It’s a really exciting group to be a part of.”

England are set to face Northern Ireland in a friendly on Tuesday, with MacIver hoping to make her debut under Riise.

MacIver was called up to England camps under the Lionesses’ former manager Phil Neville, but has yet to make her first senior appearance, with the coronavirus pandemic restricting the Lionesses to three games in 2020.

She is looking forward to what she anticipates to be a “tough and challenging” game, whether she is starting or not.

MacIver added: “Playing for your country at senior level is the pinnacle of football. That’s out of my control so the priority heading into camp is just to train well.”

“I think it’ll be a really exciting game. You can really tell that their squad is full of spirit.

“For themselves to get to a European playoff is, for them, really exciting. It’s going to be a really tough and challenging game for both teams.”

MacIver really staked her claim for an England starting spot after a player-of-the-match performance during Everton’s FA Cup final defeat to Manchester City.

The Toffees were beaten 3-1 in extra-time by City, who won the competition – which was initially suspended due to the pandemic – for the second year running.

“From the team’s perspective, playing at the FA Cup final was huge,” says MacIver.

“As a goalkeeper, I’m a big believer that sometimes you just need a bit of luck and I don’t know how many times the post and the crossbar saved me in that game.

“It was a real big game to be a part of. Unfortunately, we couldn’t quite get to the end but it’s definitely a game I won’t forget.”