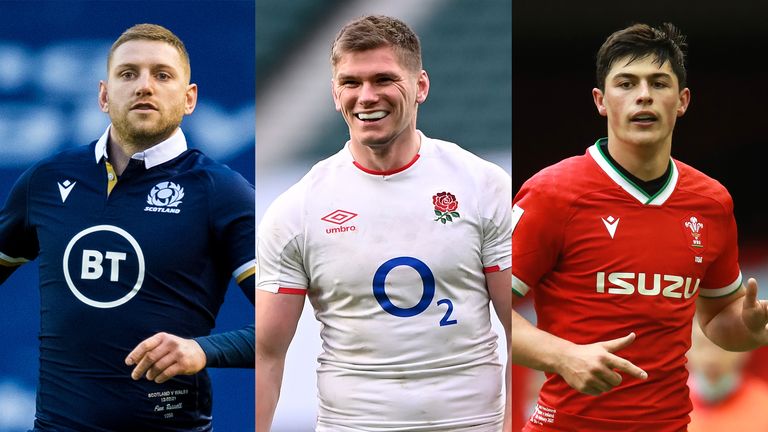 Back three: ‘You need gamebreakers in South Africa’

It’s only been two weekends of the Six Nations, but in the back three there are some significant names and there have already been some very good performances in that area.

It has to be Stuart Hogg at full-back, he’s in outstanding form and he’s confident. He’s making fewer errors, he’s good under the high ball and I think against South Africa you need players who can break the game up.

We know how good a player Elliot Daly is, he’s just not where he was a couple of years ago.

I want to mention Liam Williams as well, because I think when he went to full-back at the weekend, it changed the Welsh attack. It helped Louis Rees-Zammit in what he did as we all. I like Williams in the backfield, I think he’s a genuine game-changer.

At the moment, I’d have Rees-Zammit on the right wing on form, and the other wing I’d have is Duhan van der Merwe.

Then you’ve got the back-up of Anthony Watson who can be a winger or full-back, Williams, and James Lowe who comes into the equation.

Warren Gatland’s going to be spoiled for choice in the back three.

Midfield: ’12 is a position that’s open’

Good team performances often highlight good players, but England aren’t firing on all cylinders so some of the players are not showing genuinely how good they are and can be.

Henry Slade is a player who I really like watching, I think he’s got a lot of talent, but some of the England players at the moment have struggled a little bit because tactically they haven’t honed everything collectively.

So I think Slade is there or thereabouts, but I think Chris Harris on form over the two games should be there at outside centre.

The issue we’ve got is that 12 is a very open position in all the teams. Robbie Henshaw and Garry Ringrose are a settled combination in Ireland, whereas Wales have had disruption through injuries.

Nick Tompkins I like, so there are players there who I think can make a statement in the remaining games of the championship, but I would put Owen Farrell at inside centre because I think you also need a goal kicker in a Test team.

You’ve got to be prepared to win it by penalties as well as tries, if you need to. Farrell, with his experience, played very well in New Zealand for the Lions at 12 with Johnny Sexton at 10.

Half-backs: ‘Boks would be scared of a Lions team with Russell’

Finn Russell at fly-half, you’ve got to go for him. I think South Africa would be worried if they saw a Lions team with Finn Russell in it.

Yes, they may feel they could challenge him and cause issues with his decision-making, but I think he’s matured tremendously since he’s played with Racing 92, and all the messages coming out of the Scotland camp are about how good he’s been in training; talking to other players, getting ideas across and decision-making, which is so important for a 10.

Go back a few years and there was one Gregor Townsend who did the same.

He’s a tremendous passer of the ball and is very good at running support lines and can take the first player on, but it’s the variety of his kicking game that could be so important on the highveld as well as at sea level.

Gatland’s got some challenges at scrum-half. Dan Robson coming on actually showed a little bit of buzz and speed for England, and Ireland I think will go back to Conor Murray when he’s fit. Wales are still working out their scrum-half – there was a change almost at half-time which was interesting.

Over the last two weeks, I would go with Ali Price. He’s a natural link with Russell and he’s got a good kicking game, but he’s also quick and will have a go at forwards on the front foot. He’s not afraid of attacking the spaces either side of the breakdown.

Front row: ‘You can’t be pushed all over the place in South Africa’

In South Africa you have to have a good set-piece. Not necessarily dominant, but you can’t afford to be pushed back and be all over the place. You have to have parity at least.

Tadhg Furlong is a player I really like, similarly Andrew Porter, but Kyle Sinckler gets in at tighthead prop for his impact.

Sinckler is good with ball in hand, so you’ve got all the bonus of a very good footballer in open play, but technically you’ve got a good tighthead as well.

I’ve gone with Wyn Jones at loosehead. I think technically, scrummaging wise, he can be challenged a bit, but given the form of the current props, it was between him and Rory Sutherland. Mako Vunipola needs to be playing games, he’s off the pace at the moment.

George Turner carried well at the weekend. he tackles well and his game involvement is very high. I’ve been very impressed with him.

He was good against England, if not better than Jamie George, and was again very positive against Wales at the weekend so he’s my choice at hooker.

Alun Wyn Jones is an amazing player. I don’t think he’s the best second row, but for influence alone he’s so important to the Welsh team.

Along with Jones, you’ve got Jonny Gray, who’s going well with Scotland, and I’ve been impressed with Scott Cummings as well.

Obviously James Ryan has been brilliant since breaking onto the scene, and Iain Henderson has been playing well.

It’s an area where I think Gatland is going to be spoiled for choice, but for my second row I’ve gone with Tadhg Beirne and Maro Itoje.

Itoje gave a lot of penalties away against Scotland which is back to what he was doing a couple of years back, but he was much better against Italy on Saturday.

There is a slight question mark over Itoje on form, but I think Beirne has had two good games for Ireland and I think he’s benefitted greatly from having Paul O’Connell on the coaching staff.

Back row: ‘You want someone scrambling for the ball’

I thought Rhys Ruddock almost put himself in the picture at blindside flanker with the way he performed against France. You need an aggressive one in the back row – CJ Stander, who can play there, has also been playing well.

Jamie Ritchie didn’t play at the weekend, but he would be my frontline player. I think Ritchie as a young back rower has a very good presence; he’s physical, he’s big and he’s quick. I’d have Stander on stand-by, he’s been leading the way for Ireland with carries.

Hamish Watson is my openside, without a doubt. Over two games he’s been outstanding, and the sort of player you want scrambling around the ball and on the floor against South Africa.

I think Tom Curry will be there, I do like him as a seven, and the other one I like is Justin Tipuric, who I think is underestimated in the impact he has. In the last 20 minutes at Murrayfield, he was outstanding.

Taulupe Faletau is my No 8. I thought he played well at the weekend, and the longer the game went on the better he got.

At times he’s been a bit peripheral and not involved, but I thought he was dominant. He had double-figure carries and double-figure tackles against Scotland. That’s what you want from your No 8.

Billy Vunipola won’t be far away when it comes to the final measure, but over those two games I think Faletau has been one of the influential players in Wales’ two wins.