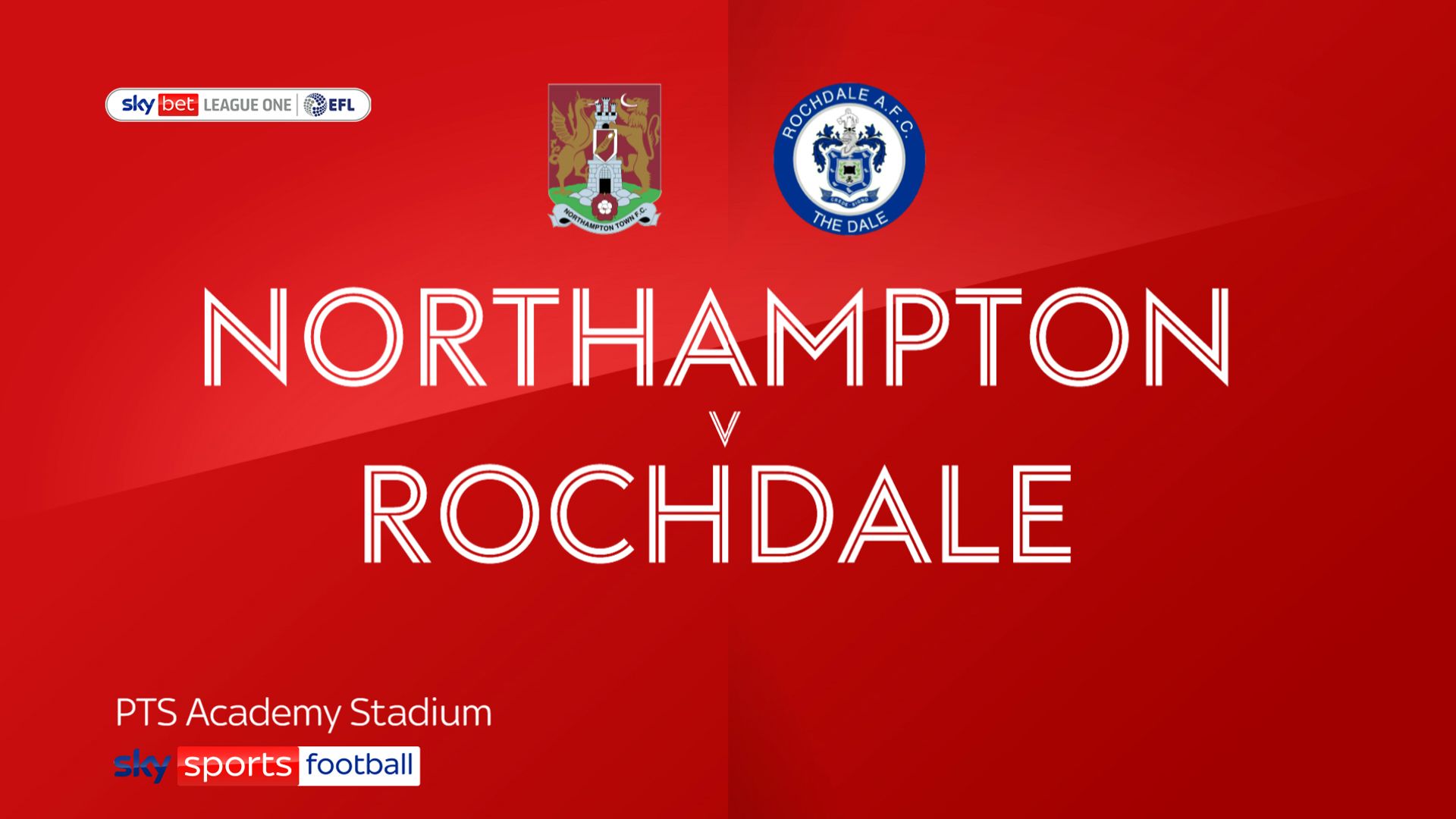 Northampton and Rochdale both remain in relegation trouble at the bottom of Sky Bet League One after playing out a goalless draw at Sixfields.

Dale goalkeeper Gavin Bazunu was called into early action when producing a smart save from Ryan Watson before an unmarked Stephen Humphrys headed wide the visitors’ best chance of the first half.

Northampton were the better side in the opening 45 minutes without creating too many clearcut chances as efforts from Watson and Mickel Miller were easily saves by Bazunu.

Watson had a third chance just before the break, denied by a last-ditch defensive block, and then Ryan Edmondson went close early in the second half when Bazunu was quick off his line to make a save.

Mark Marshall blazed over before Dale came on strong and ended the game on the front foot, with substitute Kwadwo Baah almost snatching a late winner when denied by the legs of Jonathan Mitchell.