Norwich win to extend lead at top of Championship 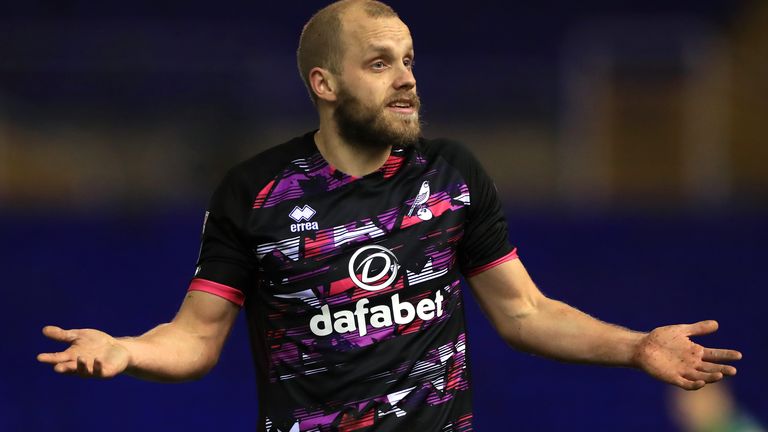 Norwich opened up a four-point lead at the top of the SkyBet Championship with a 2-0 win against Coventry at St. Andrew’s.

Teemu Pukki and Emi Buendia combined twice for a goal each as the damage was done before half-time.

And victory means the Canaries, who capitalised on second-placed Brentford’s loss at QPR, have lost just once in their last nine league games.

Mark Robins made four changes to his starting line-up but the Sky Blues couldn’t overturn their poor run of form which leaves them with just one win in seven.

Norwich squandered the best chance of the early stages when Todd Cantwell couldn’t sort his feet out in time to tap home Pukki’s square ball after he was found by Mario Vrancic’s defence-splitting pass.

Coventry registered four shots in the opening half an hour, but it was the league leaders who got their noses in front on 28 minutes.

Norwich’s leading creator Buendia set Pukki free down the right and the Finn finished incisively into the bottom left-hand corner past the returning Ben Wilson.

It was another one of Robins’ changes who was at fault for the second, as Kyle McFadzean was caught napping by Pukki who nicked possession on the stroke of half time.

One-on-one with Wilson, he unselfishly squared for the second time and it was Buendia who was in the right place to tap into an empty net and double the lead.

Former Norwich striker Robins made an attacking switch at half-time, introducing Maxime Biamou in place of Josh Allen and the Sky Blues roared into life after the interval.

Former Holland keeper Tim Krul was forced into action for the first time as he smothered at the feet of Callum O’Hare before Gustavo Hamer’s fizzing effort went agonisingly wide of the post.

Max Aarons went closest for Norwich in the second half when he forced a save from Wilson after Cantwell’s exquisite cross-field pass, before Kieran Dowell fired over as the visitors ran out comfortable winners.

Coventry’s Mark Robins: “We’re giving too many rubbish goals away. You’ve got to go after them and you can either buckle under the pressure and one or two are below par, sometimes that happens but we’ve got to go again. If you’re going to concede a goal, stay in the game and then in the second half you can have a really good go which is what we did, but to concede the second goal just gave the game away.

“There’s a game in a couple of days (against Brentford), on Sky that we want to compete for 90 minutes in properly. The first half was awful. In certain areas we looked like we were lacking confidence and then we’re making the wrong decisions when we had to come out and press and when we had to stay at home. Brentford have lost two on the bounce so they’re going to be coming here a wounded animal and we need to do the same.”

Norwich’s Daniel Farke: “I’m really proud because it was a difficult away game for us. This league is relentless, especially when you face a side who has a decent home record and they desperately want to fight for points against relegation. I was especially pleased to return to the dressing room with a clean sheet after we have conceded in the last two games and we showed this mentality and steel and they had their spells too.

“We had two or three games where we were struggling to create chances to score goals, players suspended and an away game against Swansea, the best defensive team in the league. In this league you will always have some periods where you find it difficult to find the net and statistic wise we are one of the teams who create the most chances in the whole league. It was nearly a perfect first half, dominated the game, scored two fantastic goals and should have scored many more.”