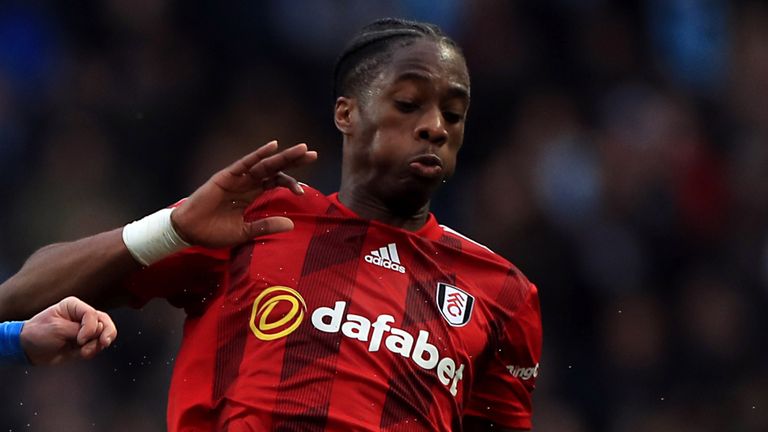 It is understood that Kongolo had no prior knowledge of the party, which was to celebrate the Netherlands international’s 27th birthday.

Parker also suggested the club will launch an in-house investigation into the incident.

“I think like anything you can imagine my reaction to it was not pleased in the current climate, in terms of what everyone is facing,” he said in a pre-match press conference.

“It’s not acceptable, to be honest with you.

“In terms of Terence, he didn’t know too much about it, (that) is my understanding, and the people who planned it put him in a vulnerable position.”

Kongolo, who has been stepping up his recovery from injury, will not feature in Fulham’s upcoming match against Sheffield United, but will play for the under-23s on Friday.

Parker added: “Terence won’t be involved this weekend no, he’s playing today for the under-23s.”

To coin a horse racing phrase, Fulham are best fresh.

When they’ve been given eight days or more between matches, they’ve picked up impressive victories at Leicester and Everton.

However, results dip when the schedule catches up with them, as seen by their limp showing in the 1-1 draw with Burnley on Wednesday. A third game in six days will be a tough ask and their continued flaky levels can be seized upon by the battling Blades, who have been well found in the market for this one with only 5/2 available on the away win. I thought they’d be bigger but I’m happy to put faith in them.

A better angle to attack actually lies in the offside markets. Now, certain teams like the Blades are always worth a look in the offside markets when facing Fulham. Only Liverpool have caught more players offside this season than Fulham (61) with Burnley falling foul of their offside trap six times in the 1-1 draw on Wednesday night.

This weekend’s opponents like to work the space in behind defences through their marauding wide players and aren’t afraid to go long straight into their front men, hence more likely opportunities to be caught offside. Only Manchester United, Burnley, Southampton and West Ham have been caught offside more this season than the Blades (48).

In the reverse fixture at Bramall Lane, Chris Wilder’s men were caught offside five times against Fulham as they gave the Fulham back five a good workout with their clever movement down the channels.

I’d expect similar numbers for this weekend’s meeting, especially as both teams will be going for maximum points and there should be plenty of opportunities for the Blades to break. Punters should be pointed towards the very generous 10/11 for three or more offsides. As short prices go, it’s one of the most tempting ones I’ve seen all season, especially if Billy Sharp keeps his place in attack. He gets caught offside 1.4 times per-game.