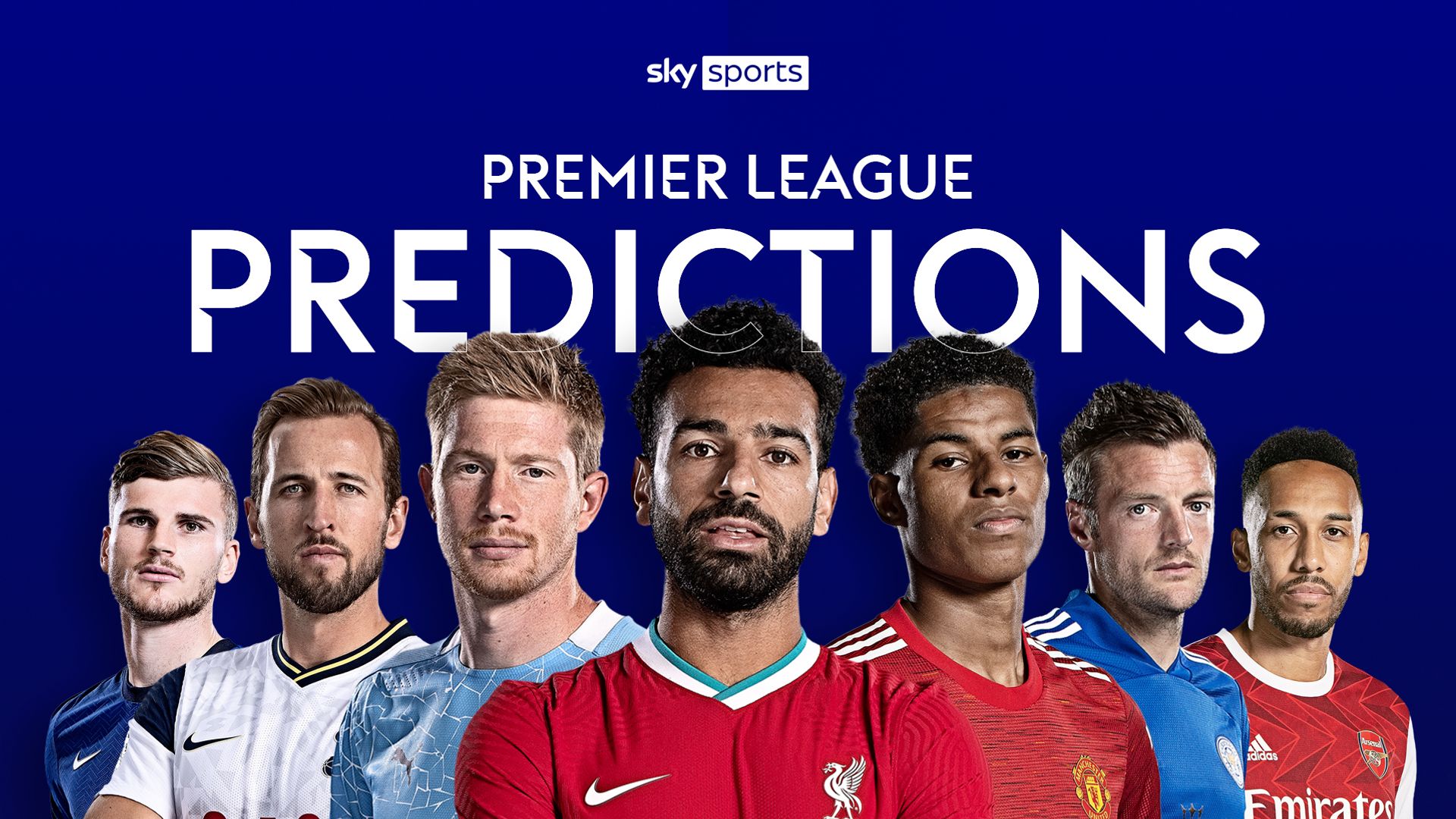 After tipping two 33/1 winners last week, including Declan Rice to score first, Jones Knows is back with his Premier League predictions and betting angles.

When I see the words West Ham, I come over in the same reaction as to when someone asks me to do some algebra. My head just goes to jelly. West Ham are my unsolvable equation.

When I fancy them, they lose. When I take them on, they turn into the Brazil team from the 1970s.

Deep down my gut and the numbers are telling me they are overperforming still and coming out on the right side of some fine margins but David Moyes has created a well-oiled machine and has invested shrewdly in players with points to prove in forward areas.

Saying that, I’m not sure Moyes has the tools to beat the elite teams. There is of course an argument to suggest whether Tottenham should be included in that category after picking up just 11 points in their last 11 Premier League games. But, Hammers fans rejoice, I’m happy to play the away win here.

Moyes has never beaten a Jose Mourinho side in 15 attempts – the most he has faced a manager in his career without winning and surely Mourinho has to let his side off the leash here.

And when the boss allows his front players to licence to play, there’s a good chance Harry Kane and Heung-min Son are going to link up to devastating effect. Kane has assisted a Son goal nine times this season and I’m happy to take a punt on the 8/1 for another.

Has Aston Villa’s season peaked? Midway through January, I was seriously close to backing them for a top-four finish but their performances have stalled in the last four games. In fact, Dean Smith’s side can count themselves quite fortunate to come out of that run with seven points when assessing their attacking data. In that period, they actually sit bottom of the expected goals scored table in the Premier League, registering a figure of just 2.65. Before that, they had ranked third in the division for total expected goals scored. Only West Brom have had fewer shots than them in their last four games too with just 33 registered.

I’ve got to be against them this week where that lack of attacking threat comes up against a brick wall of a Leicester defence.

Brendan Rodgers’s side have conceded just one goal in their last five games – Mohamed Salah managed to break through in the win over Liverpool, but that’s been it. It’s no coincidence this fine run has developed with Caglar Soyuncu back to full fitness. The fact that Leicester have coped so smoothly without the Turkish international this season is a testament to the management of Rodgers and the potential shown by Wesley Fofana.

It was only less than six months ago that Soyuncu was being talked about as a potential Manchester City target after a formidable season with the Foxes where he helped them ease the burden of losing Harry Maguire. Soyuncu’s influence, added to a tailing off of Villa’s attacking process, makes me like the look of the 5/2 for a Foxes clean sheet.

So, the run goes on.

Victory at Everton was Manchester City’s 17th win in a row in all competitions, their 12th in the Premier League. They have not trailed for a single minute in any of their last 16 Premier League games – the last time they fell behind in any game was against Sky Bet League Two side Cheltenham Town, who were just nine minutes away from knocking them out of the FA Cup. Funny old game.

Can Arsenal become that team to end this winning run? They have the defensive capabilities to do so. Much like Pep Guardiola’s winning machine, Mikel Arteta’s team play with imperious structure without the ball and have the ability to malfunction a free-flowing attack, like they did to City in their 2-0 FA Cup semi-final win last season. I think they can get a result.

A common theme this season in meetings between the traditional “big six” has been a lack of goals according to what the market expects with five 0-0’s seen already this season.

Although it’s not a bet for everyone to get on board with as a goal ends all interest, the 0-0 is worth a little tickle at 12/1 with Sky Bet. It wouldn’t be a disaster for both teams.

I want to get Newcastle on my side in this one.

Manchester United look a team on the verge of encountering a bad run of form that all the top-six clubs have faced at some point this season. You could argue Ole Gunnar Solskjaer’s are actually already in the midst of a sticky patch with just one win from their last four league games vs Sheffield United, Southampton, Everton and West Brom.

It was that performance at the Baggies, backed up by similarly nervous showings of late, that suggests to me that it’s going to be a struggle for them to hold onto second place for much longer. Sam Allardyce’s men defended resolutely, yes, but they were never put under any pressure from United’s forward play. An expected goals figure of just 0.47 – their second lowest recorded this season – showcased just how much inspiration they lacked in the final third. They are easily swerved here at 1/4 with Sky Bet.

There seems to be a feeling that Newcastle are serious relegation contenders but a quick look at the table sees them six points clear of the drop. I’d be very surprised if they even get dragged into the scrap if they remain playing in this more attack-minded style we’ve seen of late. This isn’t the Newcastle of a few weeks ago that embarrassed themselves in a 1-0 defeat at Sheffield United. It’s a braver, more forward-thinking approach.

Since switching to this diamond-like formation halfway through their defeat to Leeds with Miguel Almiron playing in the pocket, Newcastle are averaging just under two goals a game still and 12.5 shots a game. I thought they handled themselves quite well at Chelsea, registering 10 shots at goal – the most Thomas Tuchel has faced in the league since taking over at Stamford Bridge. Yes, there’s going to be a problem finishing these chances without Callum Wilson but playing this way will still get Newcastle into dangerous areas of the pitch with Allan Saint-Maximin an obvious threat.

There’s lots of betting angles I’m keen to attack. Perhaps the strongest one, in terms of nailing a return, would be to back Newcastle with a two-goal head start at 10/11. So, for the bet to win Newcastle either need to win, draw or lose by one goal.

This is a bet that would have won backing the opposing team in 14 of Manchester United’s last 16 matches.

BETTING ANGLE: Newcastle to have 13 or more shots (9/2 with Sky Bet)

If Crystal Palace continue to play with the same lacklustre attitude on show in their last two defeats at Leeds and at home to Burnley, then Fulham might have a chance of chasing them down in the relegation battle. They are seemingly meandering towards the end of the season where Roy Hodgson is out of contract and a change in the dugout is most probably afoot. It’s not an ideal scenario if they are to be dragged into the scrap. Will the players be motivated?

Brighton, meanwhile, are a club heading in the opposite direction under Graham Potter. Yes, cricket score scorelines aren’t going to be racked up in their favour but their process with and without the ball can make them a potential force in this league if players continue to improve. With Wilfried Zaha still in the treatment room, beleaguered Palace may struggle to live with Brighton’s classy approach.

Somehow Palace walked away with a 1-1 draw at Selhurst Park in the reverse fixture despite having just one shot on goal during the 90 minutes compared to Brighton’s 20. It’s very difficult to see how Hodgson’s boys are going to trouble a defence that has conceded just two goals in their last seven matches. Home win.

BETTING ANGLE: Brighton to win to nil (7/4 with Sky Bet)

Salvador’s Leader, Combative but Popular, May Tighten Grip in Elections