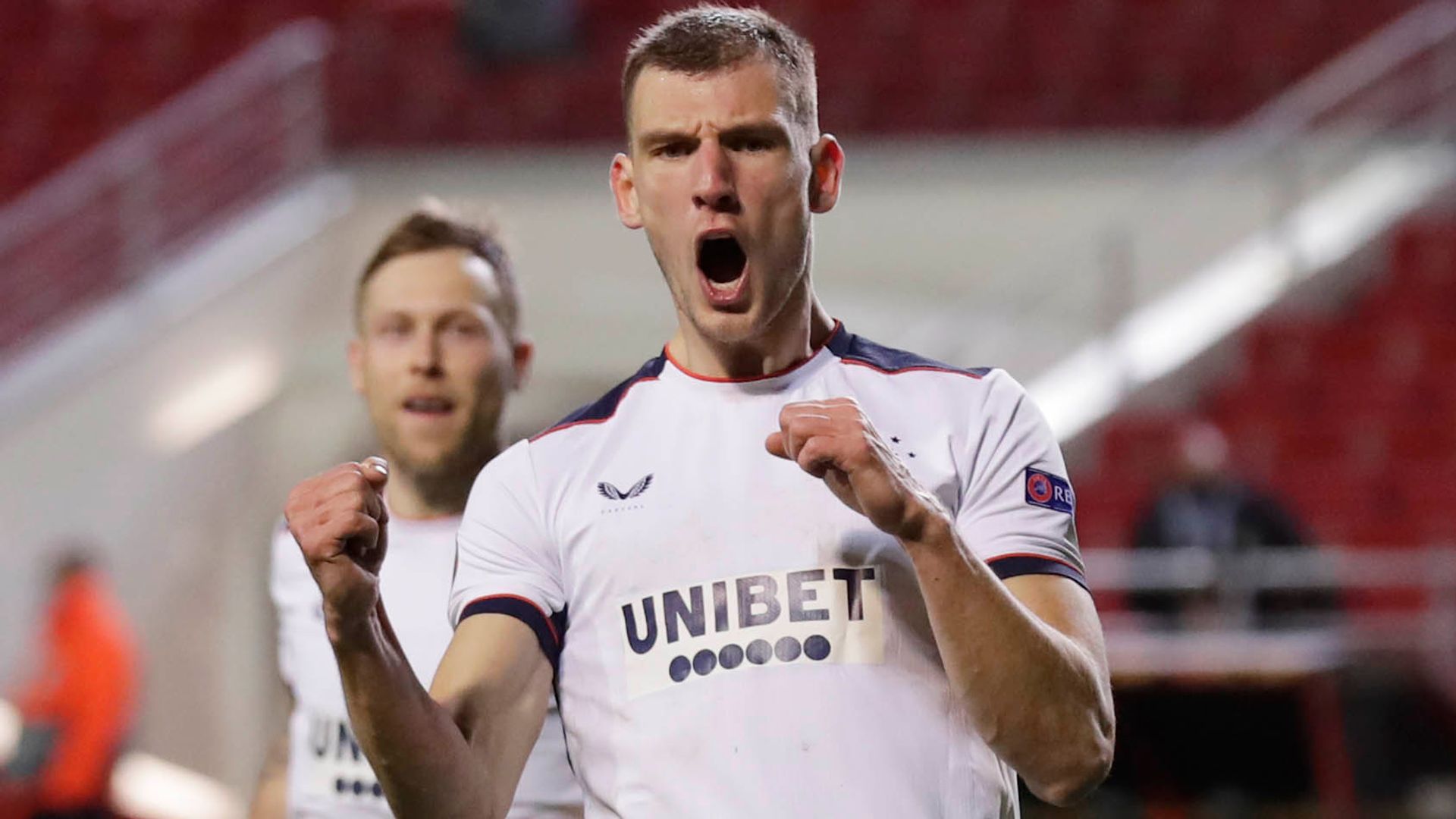 Joe Aribo’s clever finish gave Rangers the lead seven minutes before half-time, only for the hosts to hit back with two goals late on in the first half through Felipe Avenatti’s header and Lior Refaelov’s penalty after Steven Davis was harshly penalised for a foul on the Israeli.

However, Steven Gerrard’s team levelled matters via their own spot kick – awarded after a review by the Video Assistant Referee, who urged referee Georgi Kabakov to consult the TV monitor – with Barisic converting the resulting penalty just before the hour-mark.

Antwerp were soon back ahead, though, thanks to Martin Hongla’s fine effort, only for the visitors to show great heart to deservedly turn the match on its head late on.

Firstly, substitute Ryan Kent equalised with a fine solo goal seven minutes from time, before Barisic kept his cool from the spot in the final minute to win it after Abdoulaye Seck had been sent off for giving away the penalty with a deliberate handball.

The second leg takes place at Ibrox next Thursday.

Pearson: Potential is not enough for Bristol City

Pearson: Potential is not enough for Bristol City