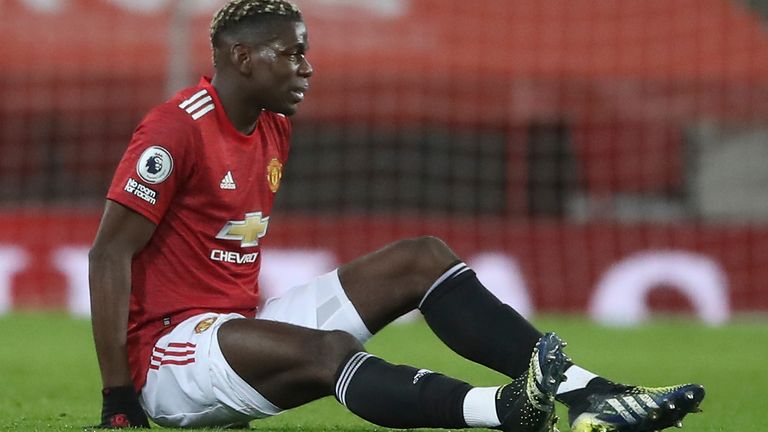 Team news and stats ahead of Real Sociedad vs Man Utd in the Europa League last 32 on Tuesday; kick-off 5.55pm.

Mikel Oyarzabal looks set to start for Real Sociedad after playing 79 minutes in his side’s the 1-0 victory over Getafe at the weekend on his return from injury.

Summer signings Cavani and Van De Beek have muscle injuries, while manager Ole Gunnar Solskjaer has confirmed a thigh complaint will keep Pogba out for the rest of February.

Anthony Martial and Scott McTominay have travelled to Italy for the last-32 first leg but face fitness tests on Thursday. Juan Mata is involved after missing recent squads, while teenagers Amad Diallo and Shola Shoretire are included.

When Manchester United won 2-1 at Fulham on January 20 to look down on the rest of the Premier League, things were looking rosy for Ole Gunnar Solskjaer’s side.

Four weeks on and United trail neighbours Manchester City by seven points after winning only one of their last five league games. Solskjaer is likely to make changes for the clash with Real Sociedad, which is taking place in Turin due to the pandemic, but the Norwegian needs to rediscover the winning habit. One familiar face will be in the Sociedad side – Belgium winger Adnan Januzaj who broke into the United team as a teenager and made 63 appearances for the club between 2012 and 2017.