Referee squares up to Ipswich player during game 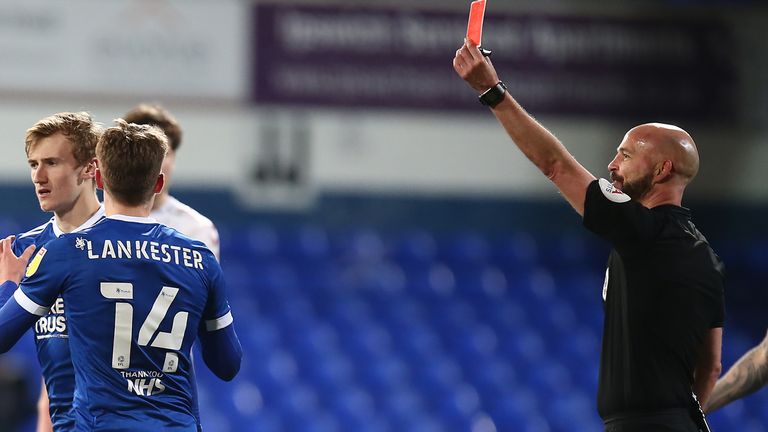 Referee Darren Drysdale appeared to square up to and press heads against Ipswich Town midfielder Alan Judge in their 0-0 draw with Northampton.

Drysdale and Judge exchanged words during the 90th minute of the goalless draw at Portman Road, before the match official leant into Judge and then booked him.

An Ipswich spokesman told Sky Sports News that the club have not made any official complaint, but added: “We will leave it to the authorities to decide if there is to be any action taken.”

The FA has been made aware of the incident.

Sky Sports News has contacted the FA and EFL for comment.

Ipswich Town are 11th in Sky Bet League One as a result of the draw, with Northampton moving up a place to 21st but remaining in the relegation zone.

The Cobblers, who sacked manager Keith Curle last week, have not scored a goal since January 23 and have failed to score in 10 of their past 12 games.