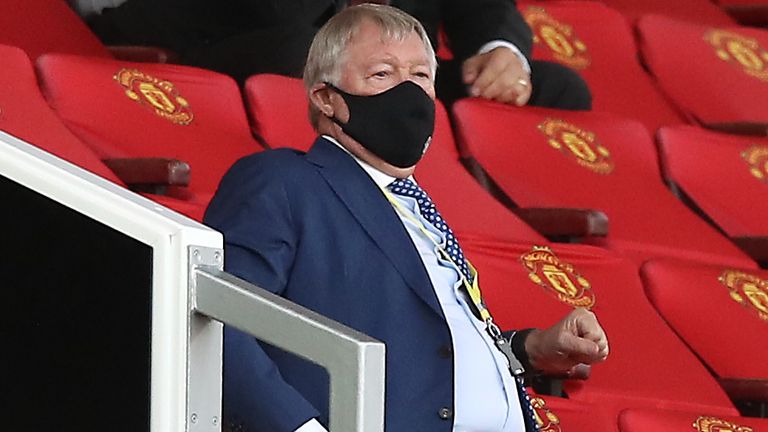 Sir Alex Ferguson says his biggest fear after suffering a brain haemorrhage
three years ago was losing his memory.

A film about the former Manchester United manager, directed by his son Jason, is among the works premiering at the Glasgow Film Festival this year.

Sir Alex Ferguson: Never Give In was filmed while he was recovering from a brain haemorrhage and aware that his memory might desert him, sees Sir Alex recount the most important stories of his life, both in and out of football.

“Losing my memory was my biggest fear when I suffered a brain haemorrhage in 2018,” the 79-year-old said.

“In the making of this film, I was able to revisit the most important moments of my life, good and bad. Having my son Jason direct this film has ensured an honest and intimate account.”

The Glasgow Film Festival will premiere the film on March 6, featuring previously unseen archive footage, with the virtual question and answer session taking place on the same day.

The film, which sees Ferguson recall his own playing career and 35 years of managerial success at Aberdeen and United – featuring Eric Cantona, Ryan Giggs, Gordon Strachan and Archie Knox – is planned to open at cinemas from May 27.

Sir Alex Ferguson: Never Give In will be available on Amazon Prime Video in the UK and Ireland from May 29, with Sky Q customers able to watch Prime Video via their Sky Q box.