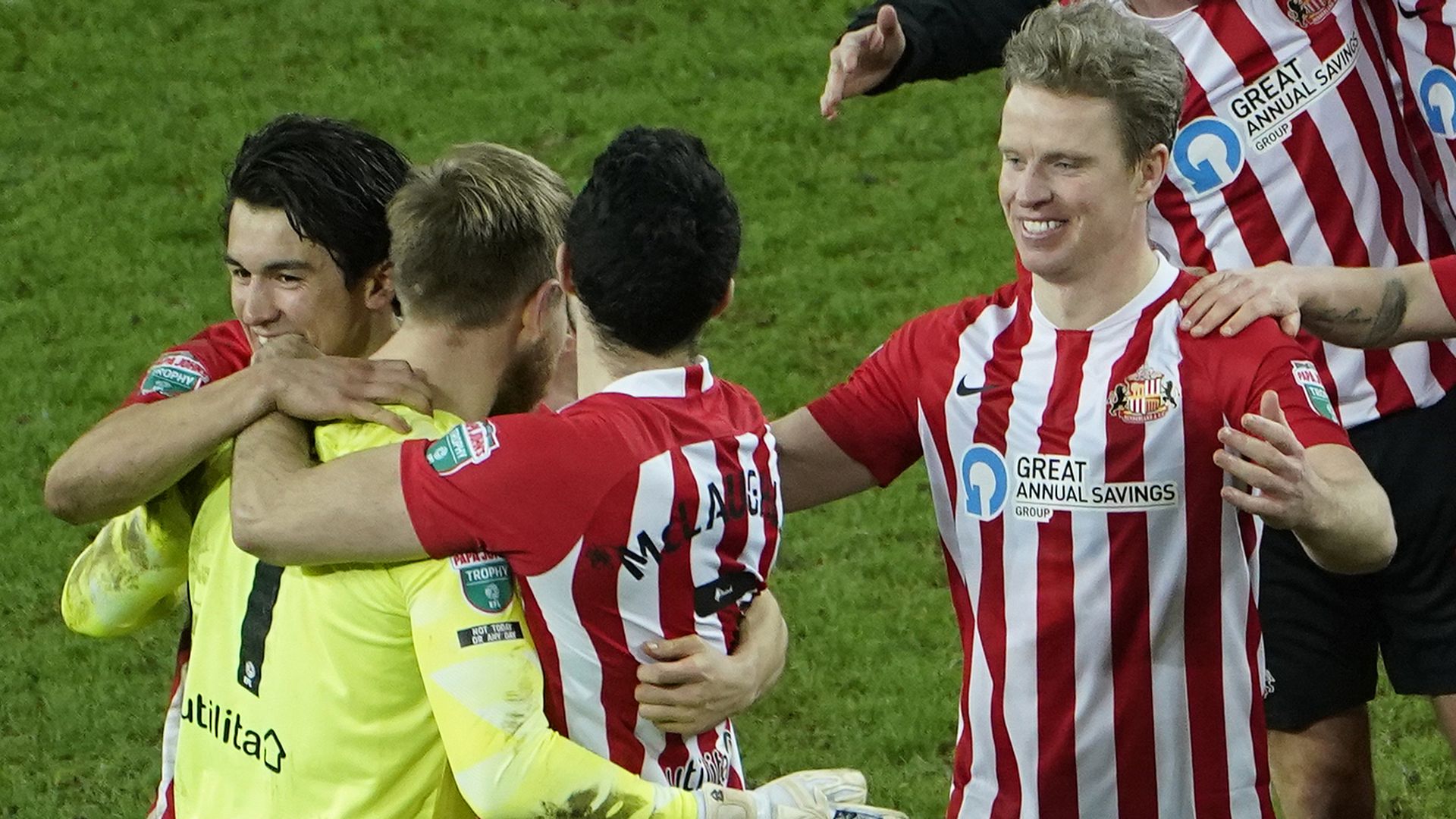 Sunderland reached the Papa John’s Trophy final after a 5-3 penalty shootout victory over Lincoln at the Stadium of Light.

The Black Cats were dealt a blow to their chances of booking a spot in the Wembley showpiece for a second time in three seasons when Anthony Scully tapped in from close-range after 64 minutes, in spite of the fact replays showed Lincoln had been incorrectly awarded a throw-in shortly beforehand.

But Charlie Wyke was assisted by Aiden McGeady for the fifth time in just two games 11 minutes later, as he headed in the Republic of Ireland international’s cross for his 22nd goal of the season in all competitions to send the tie to penalties.

Sunderland’s Max Power, Luke O’Nien and Chris Maguire converted from the spot, as did Scully and Conor McGrandles for the Imps, though Remy Howarth sent his spot-kick onto the crossbar to hand the hosts the advantage in the lottery.

McGeady made it 4-2 before Brennan Johnson pulled one back for the visitors, but boyhood fan Grant Leadbitter was presented with the chance to send Lee Johnson’s men to Wembley and he made no mistake from 12 yards out.

Sunderland now advance to the final on Sunday, March 14, where they will face Tranmere in a game live on Sky Sports Football.