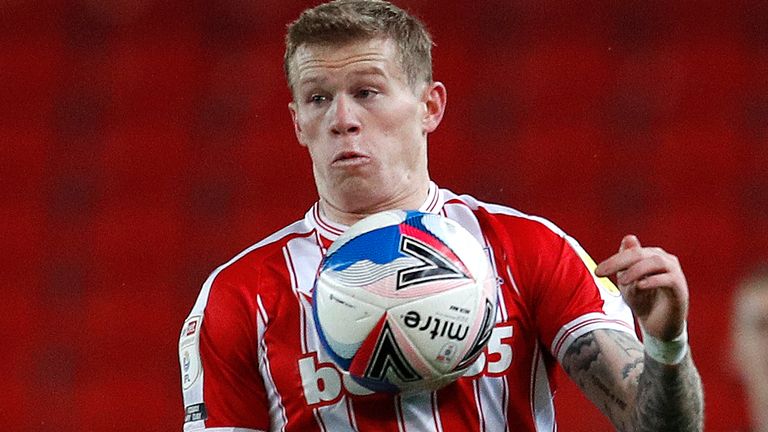 Celtic defender Shane Duffy has revealed he was subjected to sectarian abuse by an Instagram user.

Duffy shared a series of messages online on Monday, commenting: “There’s abuse which is fine but surely there’s a limit.”

The 29-year-old is the latest in a long line of professional footballers to receive online abuse, with international team-mate James McClean sharing threats sent to him on social media last week.

McClean’s wife also revealed her husband’s life was threatened by someone who said they would take a gun to one of his matches.

Reacting to the abuse of McClean, Neil Lennon – Duffy’s Celtic manager – said: “I saw on Sky today the pressure that football is putting on these social media platforms.

“It should have been done a long time ago. These platforms don’t show any accountability or look after the people on the end of this constant abuse, whether racial, sectarian, personal.

“It’s a poison in modern-day society and it’s disgusting. I’m fed up talking about it because nothing gets done. It is about time these people are named, shamed, and dealt with by the police and/or courts.”

Earlier this month, Instagram announced they would impose stricter penalties for online abuse, including the removal of accounts.

Facebook, which owns Instagram, says abuse via ‘direct messages’ has been more difficult to police than public posts.

Instagram said: “Our rules against hate speech don’t tolerate attacks on people based on their protected characteristics, including race or religion.

“We take action whenever we become aware of hate speech, and we’re continuously improving our detection tools so we can find it faster.

“Between July and September of last year, we took action on 6.5m pieces of hate speech on Instagram, including in DMs, 95 per cent of which we found before anyone reported it.”

Sky Sports is committed to making skysports.com and our channels on social media platforms a place for comment and debate that is free of abuse, hate and profanity.