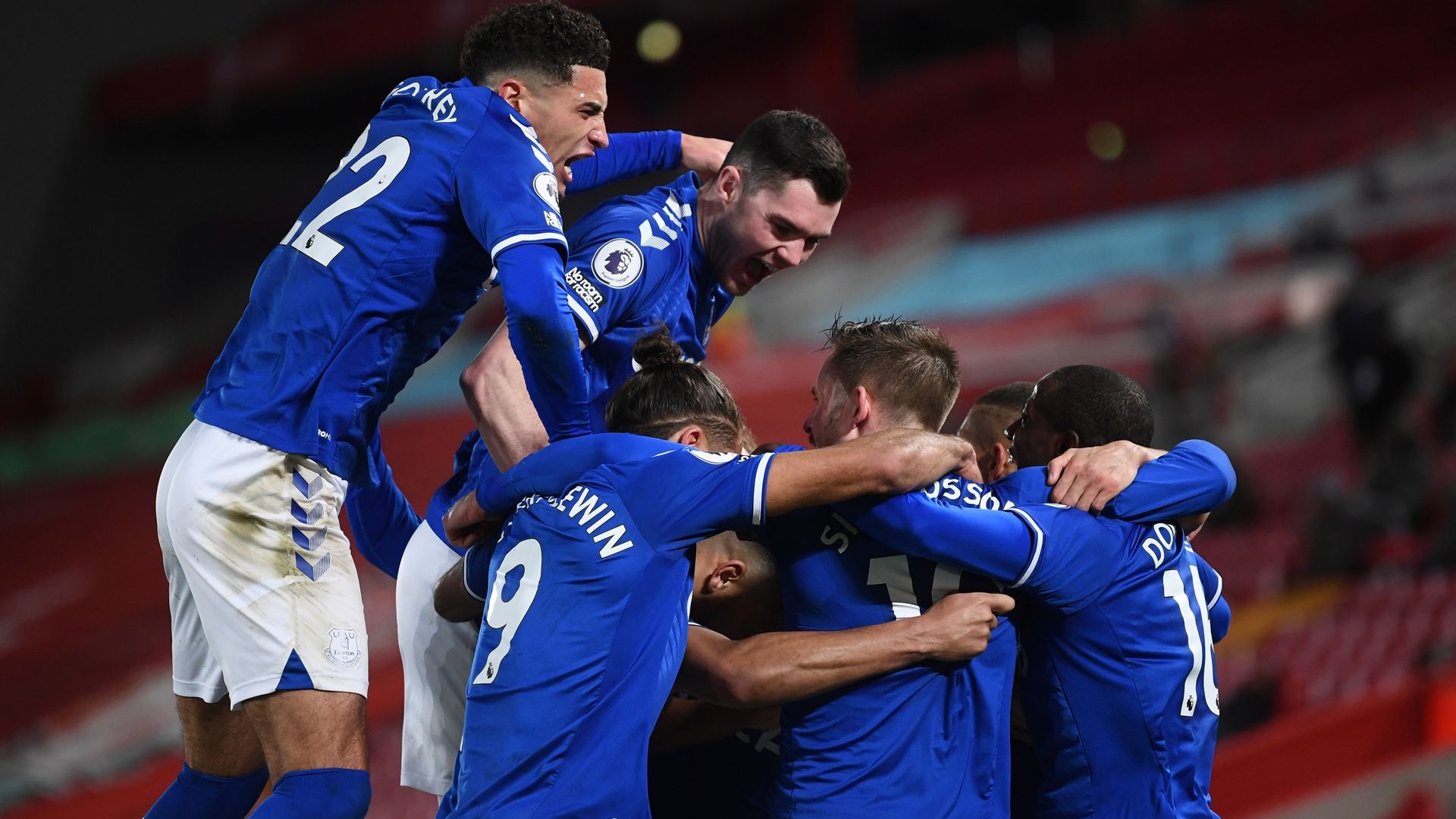 Everton ended their 24-game winless run at Anfield with a deserved 2-0 win over Liverpool as Jurgen Klopp’s men slipped to a fourth straight home defeat.

Carlo Ancelotti’s men came into the game having won just one of the last 28 Premier League meetings with their great rivals but made the perfect start when Richarlison raced through (3) to finish past Alisson.

Liverpool lacked urgency in their play and their challenge became harder when Jordan Henderson limped off with a groin injury, further worsening their problems at centre-half.

Everton, determined in the tackle and brave with the ball, sensed weakness when sending on Dominic Calvert-Lewin from the bench to join Richarlison in attack and it was a gamble that paid off when the England striker won a controversial penalty off Trent Alexander-Arnold.

Sigurdsson rolled home from the spot (83) to seal Everton’s first win against Liverpool since 2010 and their first at Anfield since 1999.

Liverpool equal a club record of four successive home league defeats set in in 1923 and Everton are now level on points with the Reds in the table having played a game fewer.

Liverpool now have eight days off before facing Sheffield United at Bramall Lane next Sunday, live on Sky Sports, whilst Everton are in action on the Monday Night Football at Goodison Park vs Southampton.